Mike Blakey has been playing the guitar since age 8, and he's never looked back. Since then, he's released 16 western novels and 10 musical albums and averages about three performances a week.  Then there’s the work on the ranch that has to get done. In 2005, Blakely’s band won Vocal Group of the Year

Mike Blakely has recorded 7 full albums. His music contains a variety of musical styles ranging from country to blues to rock to Tex-Mex to Western Swing to Cajun. He will customize a playlist just for your event. 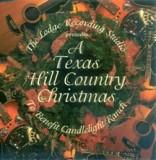