As a coach, author, and speaker, Slinker has made it her mission to touch people’s lives in a positive and affirming way, either through the one-on-one contact in a coaching environment, or reading her book, For the Love of Mom. Slinker is the former Director of Athletics and Physical Education at The Hockaday School in

Having coached at the high school and Division I college ranks for nearly 30 years, it’s easy to see Tina Slinker’s passion – helping people.

As a coach, author, and speaker, Slinker has made it her mission to touch people’s lives in a positive and affirming way, either through the one-on-one contact in a coaching environment, or reading her book, For the Love of Mom, it’s readily apparent that Slinker truly cares about people. She inspires, motivates, and challenges people to get the very best out of themselves and others, and to be present to learn life lessons along the way.

Slinker was a dynamic and successful Division I women’s basketball coach when in 2002, she lost her mother. She turned her passion for writing into a book, For the Love of Mom: For Everyone Who Suffers Loss. The book was published in 2009, and is a book of hope. It offers the reader insight into managing, but not eliminating the pain of loss, while giving them a look into Slinker’s own continuing journey with the loss of her mom and dad.

Tina Slinker is the former Director of Athletics at The Hockaday School in Dallas. Previously, she was the head women’s basketball coach at the University of North Texas in Denton, Texas, where she and her teams achieved numerous milestones, including four Conference Championships, back to back appearances in the WNIT, and Big West Conference Coach of the Year for the 1998-1999 season. She departed as the winningest coach in UNT women’s basketball history posting 241 wins in nineteen seasons.

Before jumping into the collegiate coaching ranks in 1988 as an assistant under legendary head coach Marsha Sharp at Texas Tech, Slinker served as the head coach at Bridgeport High School from 1981-1988. She led Bridgeport to an impressive seven-year mark of 127-77.

During an extended playing career, Slinker was often a pioneer in the sport. Years after becoming one of New Mexico’s first girl’s basketball stars at Portales High School, she became a part of the first women’s professional league. Long before the WNBA was the rage in women’s athletics, she competed for two seasons with the Chicago Hustle and New England Gulls of the Women’s Professional Basketball Association.

In between her prep days and the WPBA, Slinker lettered all four years while competing for a nationally-renowned program at Wayland Baptist University. The Flying Queens amassed a 132-16 record and placed in the top five of the AIAW National Tournament (forerunner to the NCAA) each year during her career. Tina also was inducted into the Hall of Fame in 2020 at The University of North Texas. 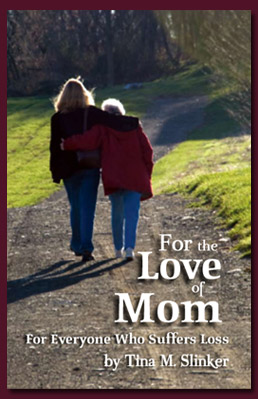