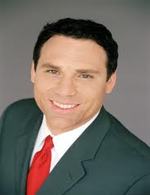 Whether you are a CEO, a professional motivational speaker, a corporate trainer, or a mom trying to get your teenager to pay attention (good luck with that), you need high-impact presentation skills. Your message, regardless of its content, needs the most effective delivery system it can get.

We’ve all suffered from boring, dry, sometimes annoying talks that contained good content … but not quite good enough to interrupt the thoughts of suicide that might mercifully shorten our exposure to a horrible speaker. Our research of more than 5,000 top performers showed that outstanding presentation skills were a key factor in their influence. We also noticed that people with superior presentation skills were more likely to get promoted even if they lacked other seemingly sought-after qualities. It seems that having value is not as valuable as explaining it well.

To join the ranks of skilled presenters, you must be able to deliver your message effectively in a way that emphasizes value. The following elements are crucial to a powerful message.

Do you know what your audience values before you present? If you understand the basics of who your audience members are and the specifics of how they feel, you prevent people from asking themselves, “Why do I care about this? Is that supposed to be important to me? Am I actually a living person or just a brain in a lab experiencing electrical stimuli?” If people don’t value what you’re saying, it doesn’t matter how you say it.

Be careful about trying to prove your superior knowledge. If you’ve noticed that the people in your audience are staring at you like monkeys at a magic show, you don’t have enough influence. Many presenters are fooled into thinking they’re successful  because after they speak, people ask so many questions. Unfortunately, those questions might signal that the speaker wasn’t clear enough. Sometimes we talk right over the heads of the people we hope to influence. We think that by taking our language or concepts to a much higher level, we’ve created a better presentation—when in reality we’ve lost a lot of people. It’s obviously better to be simple and clear than to be brilliant, boring , and bombastic (which means pretentious  …  which I’m guilty of being when I use the word “bombastic”).

Clarity is more important than brilliance. People buy into what they understand quickly. It doesn’t matter how smart you are if no one can figure out what you’re talking about. If you can’t simplify your own information, it could be a sign that you don’t understand it very well yourself. I once asked a man to give me the bottom-line point he was trying to make. He replied that his message was really beyond  just having a point. “Can you elaborate on that?” I asked. He told me I would most likely not understand it. I said, “Then that would make two of us.”

Of course, some of the topics you’ll cover in presentations will be complex. But make sure that before you begin to create a presentation, it’s grounded in a point that you can state in the space of a tweet.

Animate your point and use the full force of your personality. If you’re phony, people are unforgiving when you make a mistake. We trust people because they’re being who they really are. We let people who are genuine get away with things we wouldn’t let a less genuine person get away with. You may have just cured cancer on your way to Mars, but if you are not being yourself and are perceived as ungenuine, you have no influence. If people approach you and say, “I thought the information was good,” it means you were not. If you’re good, they will comment, “I thought you did a good job.” People like presentations when they like the presenter. They like presenters they trust.

The key is to be you but bigger. I don’t mean warm up for your presentation with bacon-filled donuts. I mean expand your personality, not your waistline. You hold the room with your voice. Even if you are shy or introverted, you have more gas in your animation tank than you think.

To be at the top of your game, you have to believe in what you’re saying. Also, if your topic is a bit dry by nature (for example, data about the importance of data), then use a metaphor for something more interesting that you enjoy:  “Data analysis is like golf—it’s hard to perfect but can be addictive,” or “—they both need to be followed by a few drinks,” or “—they’re both boring to watch.” (The fact is that watching data analysis is usually a sign that you lack an agenda.) Regardless of the topic, good presenters can make anything worth listening to.

Make sure you have an organizational process. The best presenters who have the most clarity tend to organize their presentations in a similar, effective way. The presentation opens with an idea, a kind of dramatic introduction to what you’re going to say. Then you wrap your presentation with a motivational close. What people remember more than anything else in a presentation is the opening and the closing. These two elements must be simple, direct, dramatic, and interesting.

After your opening, you explain to people what you’ll cover and why (its relevance or importance to the audience). Then you hit the points that relate to the overall topic. For each one, you make the point, tell a story, and make the point again. So it’s point-story-point—a little formula within the formula, so to speak.

Once you’ve hit each point, at the end you create a brief summary—“We talked about these things: A, B, and C.” And then that’s when you have your motivational close. A motivational close is extremely important. Years ago, I saw a futurist give a fabulous presentation involving some fascinating scenarios about where the world was going, but he ended it by saying in the end we would probably be hit by a meteor. To have true influence, a presentation always needs to end with good news and possibility.

This organizational process is a very simple idea. The most successful presenters use it because they can talk about all kinds of things within that framework, and their audiences find that those things make sense. Even if your presentation’s kind of nutty and you have severe ADD, people will begin to understand what you’re talking about and see the relevance of your topic in general.

It is foundational to human communication to make sure the idea is interesting enough and valid enough that people want to hear it and subsequently repeat it to others. It’s how ideas spread; it’s how trends start. Somewhere in history, we presented the important things so well that they were passed down from generation to generation. That’s how we’ve learned over the years. Really good ideas that were not presented well did not survive, and some horrible ideas that were presented very well did. Think about it: It took 50 years to put seatbelts in cars, but they green-lighted the pet rock at the first meeting.

Almost regardless of an idea’s merit, the greater influence goes to the skilled presenter who knows what the audience values.  It pays to polish those presentation skills—you’ll set yourself (and your ideas) apart.

For more information or to book Garrison Wynn a Houston business speaker, to speak at your event, click here.

Garrison Wynn, a Houston business speaker represented by the Houston Texas Speakers Bureau,has worked with some of the world’s most effective corporate leaders, educators, and business developers, from multibillion-dollar manufacturers and national associations to top New York Stock Exchange wire houses. He has a background in manufacturing, entertainment, telecommunications, and financial services. In his teens, Wynn worked with Magnavox and baseball legend Hank Aaron to promote the world’s first video gaming system, and by age 27 he became the youngest department head in a Fortune 500 company’s history. He researched and designed processes for 38 company locations nationwide and developed and marketed products still being sold in 30 countries.

An experienced actor in films and a former professional stand-up comedian, Garrison has hosted national television and radio programs. He is the author of the Amazon.com best-selling book The REAL Truth About Success, contributes weekly columns to The Washington Post, and has coauthored with Stephen Covey. His books, articles, and award-winning success tools have received high praise, but his greatest strength is a magnetic live performance that keeps him in high demand, with more than 600 inquiries and 100 speaking dates per year.